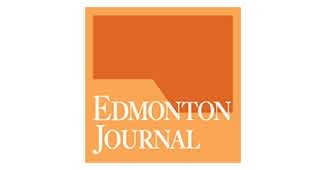 This article was originally published to the Edmonton Journal on June 15, 2018.

An award-winning Edmonton-based startup, Testfire Labs, was founded on a simple premise: “Meetings are broken.”

Company CEO Dave Damer said many meetings cost time and money to run, and many of them are unnecessary.

“The demands to do more with less in modern business keep increasing,” Damer said. “AI gives us an opportunity to legitimately take things off peoples’ hands that are generally mundane tasks so they can focus on higher-value work.”

“There’s a lot of audio-to-text tools and they’re growing more and more,” Lennox said. What made Hendrix.ai different was its focus on meetings.

Damer’s goal is for Hendrx.ai to reach companies with more than 1,000 staff. It’s being tested by 100 organizations in its beta phase, including the City of Victoria and the Northern Alberta Institute of Technology. Torsten Prues of NAIT’s information technology department said he’s been using the system with a team of six since January.

“What made us interested (in using Hendrix.ai) was that NAIT is very meeting-heavy, and people don’t like taking minutes,” he said.

Edmonton: ‘On the cusp’ of tech

Damer graduated from the University of Alberta in 1991 as a computer engineer and has 25 years of experience in the technology industry. He calls Edmonton a good home for a tech startup, with an industry that’s “on the cusp.”

Before Testfire Labs, Damer founded ThinkTel Communications Ltd. in 2003, and spent 14 years there. ThinkTel is now the business services division of Distributel, an independent communications company.

Damer started Testfire Labs as a more creative project. Currently valued at $5 million, with 10 employees, Damer hopes to grow the business to $20 million next year. He sees Hendrix.ai becoming an asset to workplaces as more tasks — like note taking — become automated.

Randy Goebel, a professor at the U of A and expert in natural language processing, said applying the science of natural language understanding to everyday use is “extremely difficult in practice.” The science is there, he said, but businesses like Hendrix are challenged with translating that science into something people will pay for.

“They provide a line of sight to scientists to add value to their work,” said Goebel, who is also a researcher at the Alberta Machine Intelligence Institute.

While the system is being honed for summarizing meetings, Damer plans to include more features that track whether certain speakers dominate meetings, gauge what tones discussions take, and find possible areas where different teams can collaborate.

“You can do so much more than notes,” he said. “We can do tone analysis on whether it was a positive, negative or neutral conversation. Was there joy in the words, or was there fear. What are the emotions that are being expressed.”